Cinco de Mayo has become, for some Americans, an excuse to show off their multicultural sensitivity while putting away gallons of yellow, fizzy beer. The history of this popular holiday however, is often clouded in misconceptions.

1. Cinco de Mayo is not widely celebrated in Mexico.

The day is celebrated in certain communities, mostly in the the town of Puebla, and is not a national bank holiday.

Not even close. It’s September 16th. May 5th is the anniversary of the Mexican victory over the French in the first Battle of Puebla.

3. The Most Interesting Man in the World is not an actor living in Vermont.

Don’t get me wrong, Jonathan Goldsmith is an interesting guy, but he’s no Richard Branson class polymath.

4. Beating the French in battle is hardly a cause for celebration.

While it was a surprising victory, Mexico being vastly outnumbered, the French ultimately won the war. And it was the French.

During the foreign beer craze on the 1980’s Grupo Modelo (makers of Corona Extra) heavily invested in manufacturing Cinco de Mayo as a Mexican St. Patrick’s Day. They were in large part successful. The holiday was however first celebrated by Mexican immigrants in Texas and California decades earlier.

If you really need a reason to get your drink on, how about an alternative May 5th event? Raise a glass to Cy Young on the anniversary of his throwing the first perfect game May 5th, 1905 with a Pennant Ale from Brooklyn Brewing. Or take in the sport of kings and try beer aged in bourbon barrels while watching the Kentucky Derby. If your friends insist on a beverage reminiscent of Mexico, why not try something like Westbrook’s Mexican Cake, a beer made with chocolate, cinnamon, vanilla, and hot peppers? Now that is something to celebrate! 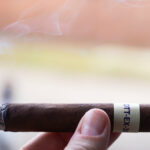