“…water or wine when a salamander has died in it is fatal, and so is even drinking from a vessel out of which one has drunk; and similarly with the kind of frog called a toad! so full of traps is life!” –Pliny the Elder, Natural History. 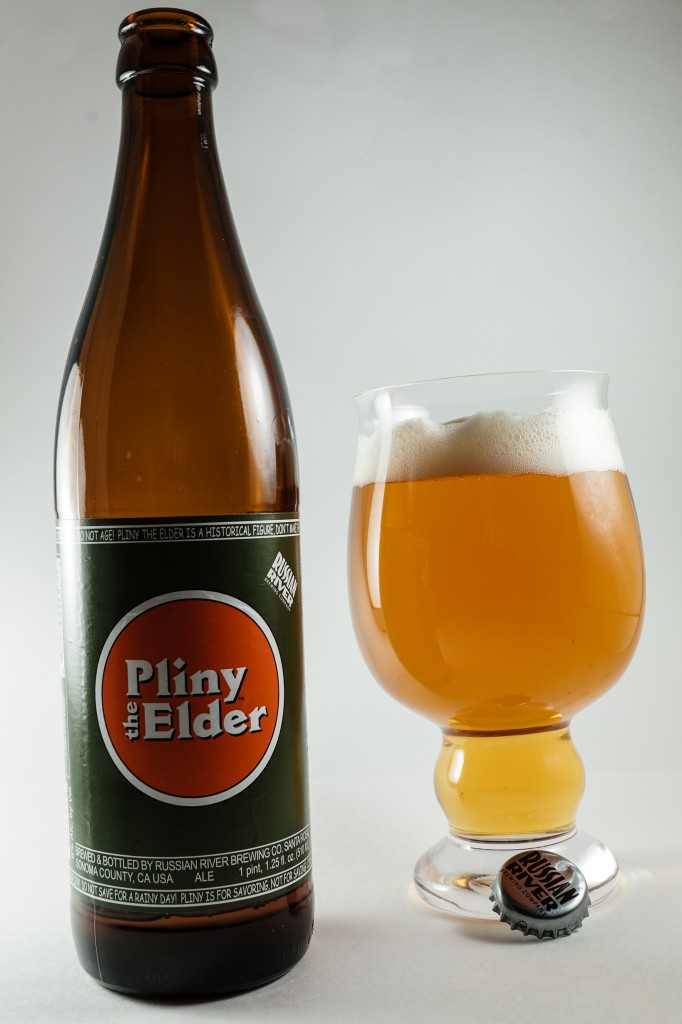 So full of traps, indeed. One of the most pernicious to the craft beer fan of course, is chasing the hype. Nearly every week groups and forums are awash in the talk of another brewery’s upcoming limited-release beers. The ‘pretrade’ offers go up often before people have even tasted the offerings. But within a short time the crowd moves on. Certain beers however, maintain their high demand and profile. Pliny is one such rare beer.

The basics are well know. Considered the original double IPA, Pliny the Elder began life being brewed by Vinnie Cilurzo as a special anniversary release back in 1994 while brewing for Blind Pig Brewing Company. It came back to life at Russian River as Pliny when they were asked to enter a double IPA festival.

It is now brewed in limited batches most of the year. Despite being brewed year round, their output was originally limited to 3000 barrels annually, increasing to 14,000 in 2008. Not nearly enough to satisfy the demand, Russian River actually pulled out of its already small distribution a few years back to better satisfy local customers. Still, you can usually find it on draft at the Russian River brewpub, and infrequently at better bars in California, Oregon, Colorado, and for some reason, Philadelphia.

The name comes from the legend that warrior/historian Gaius Plinius Secundus, known as Pliny the Elder, wrote and possibly named a variety of hops. As usual the perspicacious and scholarly Martyn Cornell gets into the weeds with primary sources over the truth about Pliny the Elder having been the first person we know of to mention hops in writing or not. By my reading it seems as likely as not, but there is significant doubt. Whatever the truth, the name and label have become a craft beer icon.

From our less than two week old bottle, the pine and citrus nose comes rising up from the Darlington beer glass. Double IPAs often have a blast of malt in the nose, but it is barely present here. Honey colored beer is topped by a significant white head, fading quickly from the 8% ABV. The taste is a the same crushing piney/citrus hops with some potent bitterness. the malts should be double a traditional IPA, and the show up in a big way here, helping to dim the bitter notes from the hops. The finish is modestly sweet, with a lighter mouthfeel from the good carbonation.

What a joy it is, when the legend is real. Greatness is a big IPA can be a tough mix. Big hops brings equally big bitterness, all things being equal. And the malted grains, giving flavor and sweetness to an ale, can be a greater challenge. Cloying DIPAs, many of them Pliny knockoffs, are brewed throughout the world these days. The real deal manages the trick of balancing this duplication and more, making a bigger amazing beer.

Russian River’s Pliny the Elder has been named a best double IPA, even best beer in America many times over. While having sampled this beer many times over the years in bottles and on draft, we cannot disagree with the praise. The original is still the standard barer. If you can try it, you must.